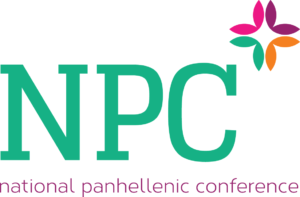 Cleveland Alumnae Panhellenic Association (CAPA) is proud to be a recipient of both awards.

“Alumnae Panhellenic Associations play an important role in helping advance the sorority experience,” said Frances Mitchelson, NPC Panhellenics chairman. “Their members inform sorority women of current trends, improve the Panhellenic image and stimulate a continuing interest in Panhellenic involvement across generations. We are pleased to publicly recognize the chapters who exemplify the Panhellenic spirit and demonstrate Panhellenic excellence every day.”

About the National Panhellenic Conference (NPC)
NPC, one of the largest organizations advocating for women, is the umbrella group for 26 national and international sororities. NPC sororities are located on more than 670 campuses with 380,565 undergraduate members in 3,234 chapters. Alumnae are represented in 3,889 associations throughout the world. For more information, including a complete list of NPC sororities, visit npcwomen.org or find NPC on Twitter, Instagram and Facebook.

Sorry, no Tweets were found.